== We have closed the entry because of the full capacity. ==

This lecture was followed by panel discussions on “The 2011 Tohoku Earthquake Disaster and its Mitigation”, “Innovation and Reconstruction of Industry and Community” and “Restoration and Renovation of Medical Care”. Our 8 priority project leaders , Andrew Gordon (Professor of Harvard University) and Takayuki Hashimoto (Vice Chairman of IBM Japan) all participated in the discussion.

This symposium was attended by about 1,500 people. As a comprehensive university at the heart of the disaster-stricken region, we shared the experience and knowledge learned from the disaster with the international community, creating an important opportunity to contribute to disaster prevention and mitigation at home and abroad. We are determined to continue our efforts for the recovery, with wishes for not only the reconstruction of Tohoku region, but also the regeneration of Japan. 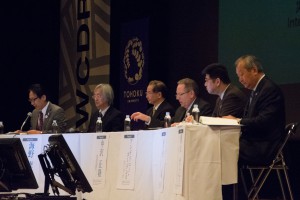 Centrally located in the disaster affected area, Tohoku University is committed to the reconstruction of the Tohoku region and to the revitalization of Japan’s economy.
To consolidate expertise, a university-wide organization the Institute for Disaster Reconstruction and Regeneration Research (IDRRR) was established in April 2011. The institute continues to provide specialist scientific, technological and humanitarian support to the region.

The IDRRR symposium is a platform to share the lessons learned from the Great East Japan Earthquake, as well as research results and ongoing activity at the university.

First Part: Leading the reconstruction of the Tohoku region and the revitalization of Japan
10:00～12:50

Special Lecture:
Ban Ki-moon ―The Secretary-General of the United Nations

Lecture:New role of the Tsunami Engineering on the basis of the lesson by the 2011 Tohoku earthquake disaster
Speaker:Fumihiko Imamura – Director of International Research Institute of Disaster Science (IRIDeS), Tohoku University 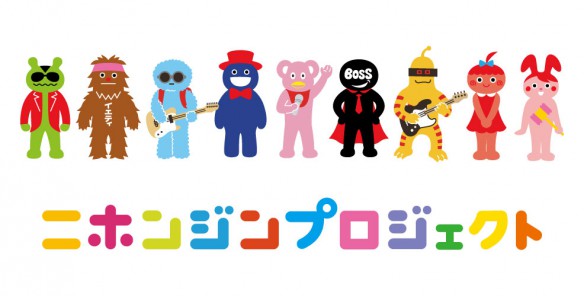